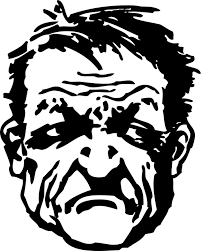 Road rage is a common cause of accidents

On the road, people get angry when someone blocks them or gets in their way. When this builds up to road rage it is a common cause of accidents. Anger, like fear, was in people long before cars came along. It evolved because violence can be useful, say if someone is attacking you, and anger prepares the body to fight. If you can’t open a jar, get angry, the adrenaline flows, and you either get it open or bust it. Anger is basically a fight response that typically arises from frustration – when you dont get what you want or expect. Angry people are prepared to fight for their rights. Yet from a riding safely point of view anger is dangerous – for you! Anger makes you do risky things you wouldn’t normally do, like tail-gating a slow-poke in the fast lane. When angry people lose control bad things happen.

Road Rage. A New Jersey road rage case involved two women who “jousted” over several miles in a vicious cycle until one forced the other pull over. She got out of her car and walked over to the first, who pulled a gun from her glove-box and shot her. She later said she felt threatened, and now faces a murder charge. This is what happens when emotional children (with guns) interact. Riding safely requires an emotional adult.

To deal with anger one must understand it. If you get angry when someone cuts you off, the “you” that is hurt is not your body because they didnt even touch it. Cutting you off hurt your ego, your idea of yourself as “somebody” important! The ego is the basis of all social interaction with others. Little babies for example dont have an ego, an idea of themselves as cute or whatever. In time they develop an ego based on what the people around tell them, that they are smart or dumb say, and act accordingly. Yet whatever your ego is, it is entirely a creation of your mind. It is not who you actually are but who you think you are. TV shows like American Idol or Britain’s Got Talent often show people who think they can sing but can’t, and some who think they cant but can. The point is, your idea of yourself is entirely imaginary. And when you get angry at being cut off, what is “hurt” is this imaginary you. If you ride thinking you’re important, you get angry when others disregard you. The alternative is to ride as if you are nobody.

The tunnel. Zenkai, the son of a samurai, once killed a man and ran off with his wife. He became a thief but later repented to become a wandering monk. To atone for his past, Zenkai resolved to accomplish a good deed in his lifetime. Knowing of a dangerous road over a cliff that had killed and injured many people, he decided to cut a tunnel through the mountain there. Begging food by day, Zenkai worked at night digging his tunnel. After thirty years, the tunnel was nearly done when the son of the man he had slain came to kill him in revenge. “I give you my life willingly,” said Zenkai. “Only let me finish this work. On the day it is done, you may kill me.” So the son awaited the day. Several months passed as Zendai kept digging. The son grew tired of doing nothing and began to help. After helping for more than a year, he came to admire Zenkai’s character. At last the tunnel was finished and people could use it and travel in safety. “My work is done,” said Zenkai “Now cut off my head.” “How can I kill my teacher?” asked the younger man with tears in his eyes. His anger had disappeared, like mist in the sun. Likewise, when riding a motorcycle, see everyone around as teaching you something and your anger will fade away.

When you ride, think of yourself as nobody important

To succeed in society, it helps to see yourself as important so others also see you that way, as in “positive thinking” books. But on a motorcycle, ego can kill you. Asphalt doesnt care about your ego. When the body meets the ground, thinking you’re “tough” doesnt count. Road justice ignores social “rights” or who “should” give way. So when a driver offends you remember that your imaginary ego is being offended. If a car speeds past you, let them go. They once had a race between a racing bike and a racing car and the bike won, so there is no need to prove it again. Riding is about the real world, not the courtroom world. In an accident, fault doesn’t matter. What matters is who is the pot, because when the pot hits the stone the pot breaks. On a motor-cycle, you are always “the pot”. So when you ride, think you are unimportant, like a leaf on a tree, or a grain of sand on a beach.

Dealing with idiots
Question : I was driving along and some idiot swerved out in front of me from a side street, so I had to jam on my brakes. Should I chase after him and give him the finger as I pass him?
Answer : No, avoid him. Idiots are accidents going somewhere to happen. If you chase them, you are going to the same place. Just be glad they he missed you, and let him carry on. The accident he is going to is not where you want to be. Always give idiots a wide berth.