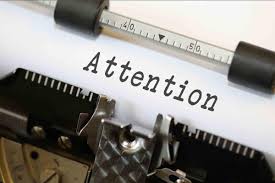 To ride safely, skill is not enough – you need a good attitude to define your relationship to the world. New skills are easy to get by mechanical practice but to get a new attitude you must personally embrace it. You have to open the door and let it in. Unless you want it, it wont happen. Decide now what you want your attitude to be. It isn’t easy to overcome attitudes like fear, hurry or anger. You can’t stop fear by just saying “I wont be afraid”. You cant “delete” fear, hurry or anger, because they are built in! The only way to change a negative attitude is to put something positive in its place. That something is attention!

Put something in its place

Suppose you want to ride, but are afraid, arrogant or impulsive – or any or any one of a number of negative emotional states. What do you do about it? Common responses are: 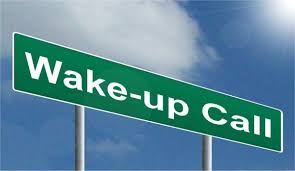 These methods dont work. The only way to deal with a negative state is to put something else in its place. Negative goals, aiming to not do certain things, don’t work. People need positive goals. If you try to say deny fear, the opposite negative state will jump in, and you become foolhardy. This is called the “swing of the pendulum”, and is common in people. The pendulum swings you from fear to carelessness, and both are just as bad. Yet “Nature abhors a vacuum”, so to stop something you have to put something else in its place.To ride safely, the best thing to replace any negative emotion is full attention. Make getting on the bike your wake-up call.

Inattention is the main cause of accidents

Inattention is thinking about anything other than what you are doing right now – riding! Thinking how cool you look when you ride is inattention. Thinking what you will do when you arrive is inattention. Thinking some driver was bad to you is inattention. Most of the time, our attention is not unified but dissipated all over the place. We are like a leaky sieve, rather than a barrel with one bung-hole. We only usually only give half our brain or less to any particular thing. Normally that is OK – you don’t need your whole brain to make a cup of coffee. But on a bike, you cannot afford to be like this. You need your whole brain to ride a motor-cycle. Inattention is the main cause of accidents. Inattention makes you accident prone. People talk about speed or drink, and these are all factors, but the real number one road killer is inattention.

Falling asleep. I had a “near miss” when turning to merge at an intersection and I nearly hit an oncoming car. Fortunately they horned, so I jammed on the brakes and missed them. The stop was so sudden I badly twisted my wrist. Why did I turn without looking? I was thinking about something else. I was “asleep” and my brain-stem autopilot just did what it always did. After that, the sore wrist was a great reminder to wake up. Every day I bent the wrist to the point where it ached, to stimulate it to get better. After a few months it healed, but I still remember.

Attention is being all there

Question: Why cant I ride a motorcycle in the casual, happy go lucky way I live? Who are you to say I must pay attention? My way is to not worry about a thing.
Answer: You can. Nobody. Then go with your way. Karma treats everyone equally. 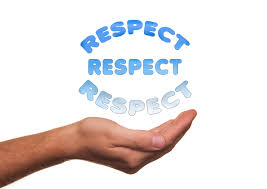 Doing nothing, doing something. I once drove the family car on a long uneventful trip from New Jersey to Florida. At the end I was sore and tired but seemed to have done nothing in particular. The attention I gave and gave didn’t count because nothing happened. Nobody pulled out unexpectedly and  nobody stopped suddenly. An inattentive driver could have done the same as me. And there is the rub. Only when something unexpected happens do you see the difference between attention and inattention. When a split-second action separates life from death attention has value, but otherwise it is “nothing”. You might think, why bother giving attention when nothing happened? This is a trap. You never know when something will happen!

You can have attention one moment and lose it the next

Think about a moment of great danger or excitement, when you really gave attention. That is the state you want when riding – all the time! Just as you center yourself physically to balance a bike, so you must center yourself mentally. The hard part of attention is you can have it one moment and lose it the next. It is an every moment thing, and for a rider, any moment could count.

Three monkeys. A hunter entered a forest clearing where three monkeys were hiding in the trees. One monkey said: “If we don’t talk, he wont be able to see us!” The moment he said that, the hunter heard him and shot him. The second monkey saw this, and said: “He was an idiot for talking!” whereupon the hunter also shot him. The third monkey sat quietly in fear, then said “I am clever and wont talk”. The hunter left with three dead monkeys. This story illustrates the moment-to-moment nature of attention, and how one must empty oneself to get it.

There are many ways to improve your attention. One is to increase your mental frame rate, the rate you process input. When you watch a video, the action looks continuous but actually it is a series of static pictures that flick by at 80+ frames per second. You think it is continuous because the frame rate of your eyes is only 60 times per second. You don’t see the gaps in the film because there are gaps in your vision. Your brain processes vision just like a video camera, as a series of picture frames.

Frame rate explains why some people can hit a fast ball

Frame rate explains why some people can hit a fast ball in cricket or baseball, and others cant. If you have a low rate, you may see the ball leave the hand and in the next visual “frame” it is upon you, with no time to react. With a higher rate, you may also see it on the way, and thus be able to hit it. Now unlike a video camera, your brain frame rate is not fixed. It goes up and down with your attention. It takes effort, but when you give a lot of attention the rate at which you process the world goes up. Frame rate varies between situations and between people – some people can actually see the frames for low speed video. If you try to be more aware “from moment to moment”, you can increase your brain’s  information processing rate, i.e. your attention.

It happened so fast. A snail was crawling along when two turtles chased and assaulted him. Later, when asked what happened, he said: “I don’t know, it all happened so fast!” The moral of this story is to do with frame rate.

When you ride, no-one hears you scream

To maintain attention you have to stay awake. Your arousal level comes from somewhere deep in your brain. One way to increase arousal is to drink coffee. Another is to do violent exercise. If you are riding a motorcycle, neither of these ways is convenient. But one way to increase arousal that can be used on a bike is yelling. When you ride, no-one hears you scream. It sounds stupid, but it works. When you yell loudly, your mind wakes up and you focus better. If I feel only half there when riding, I yell “Yeehah!” Try it. It’s invigorating, and no-one will know.

Tea or Death? I must tell a Darwin Awards story about New Zealand where narrow, windy mountain roads abound, and people like to have a cup of tea. A Christchurch women on such a road plunged over a precipice because she was trying to brew a cuppa while driving. Apparently they found her body in the ravine three days later, still holding a box of tea bags, with the mug wedged against the steering wheel, and a thermos at her feet. Life is indeed about your priorities.